August, 2004: Anacondas – The Hunt for the Blood Orchid

Hollywood seems to think that movie-goers have a propensity to enjoy films about giant, unstoppable killing machines that slither around and act irrationally– targeting every boat, monkey, and unsuspecting, sexually-charged 30-something in the next 50 miles. This has been proven over and over since 1997 when the first film in the the Anacondas series debuted– honestly, it hurts to call a series of five mistakes a franchise, but I digress. Anacondas: The Hunt for the Blood Orchid does very little to change the delicate formula of the first one, simply substituting b-list actors in place of the likes of Jennifer Lopez and Ice Cube. The results are pretty much what you’d expect. 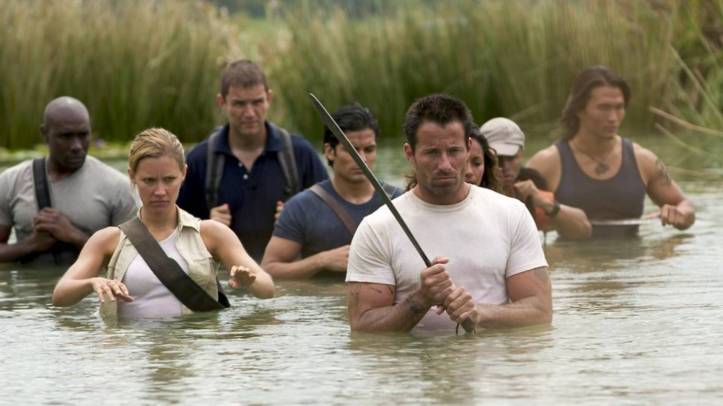 A group of scientists and a representative from a large pharmaceutical company are on the hunt for the blood orchid in Southeast Asia: a plant that essentially prolongs the life of the cells inside any living thing– one VC at the pharmaceutical company goes as far as calling it the “fountain of youth” before another one exclaims “it’ll be bigger than Viagra.” This type of humor is ever-present and often unwanted. When they arrive in a small village outside of Borneo, their destination, a large storm rolls in and vanquishes any hopes they had of reaching their goal. Falling prey to their own greed, they search out a local boat-captain that is supposedly reckless, dangerous, and will do anything for money– a perfect formula to get this script off and running. After finding out that he’s just another white dude with a gruff voice, Dr. Jack offers the drifter 50-thousand dollars to guide them. Not to be undervalued, Bill Johnson haggles and convinces the crew to spot him another 50k. The group makes it outside of the treacherous bends and turns of this Asian basin and decides to push on, despite a number of obstacles that come their way. In the end, it hardly seems worth it, as most of the crew succumbs to the largest anacondas known to man and their own greed.

There is truly nothing special about Anacondas: The Hunt for the Blood Orchid. From the phoned-in performances and terrible accents to the over-used “snake camera angle” and lackluster script, there’s nothing that really calls to you here. Instead of being an intimidating presence, the namesake of the film, gigantic anacondas, play second-fiddle to another antagonist– one that is, frankly, somewhat boring and uninteresting.

Have you seen this film? What did you think? Let us know in the comments below.